The geometries remained unchanged from the initial source files. The 3D model geometry can be viewed with either the Euclid or OpenStudio extensions in Sketchup. Screenshots of the 3D geometry for each of the non-residential DEER prototypes are shown below.

Geometries for the new non-residential prototype models (i.e. Fin, Lib, Rel), which are not included in the pre-existing DEER model set, were developed in EnergyPlus format as part of the CalBEM Benchmarking Database project. Representative geometry and space functions for the new building types are derived from data in the 2012 Commercial Buildings Energy Consumption Survey (CBECS). CBECS is a national sample survey that collects information on the US commercial buildings stock, including energy-related building characteristics and energy usage data. Variables included in the survey data such as building shape, building area, glazing percentage, primary space types, floor-to-ceiling height, and roof tilt were used to produce representative geometry for the three building types. Screenshots of the 3D geometry for each of the new commercial prototypes are shown below. 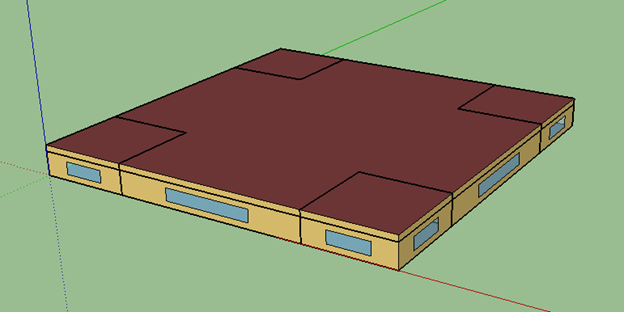 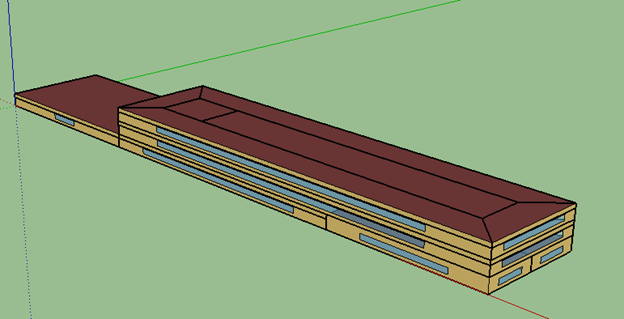 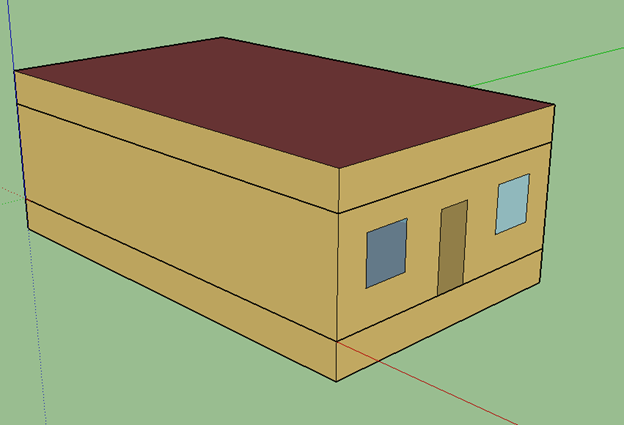 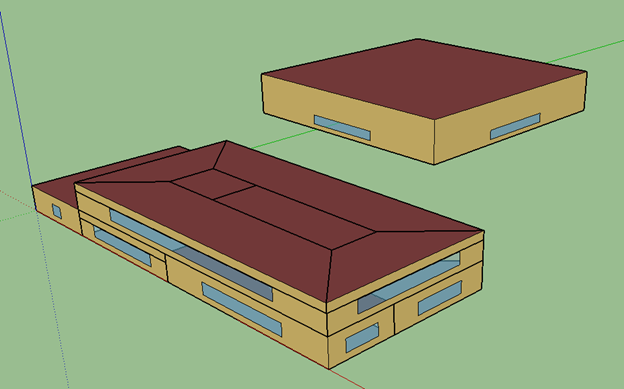 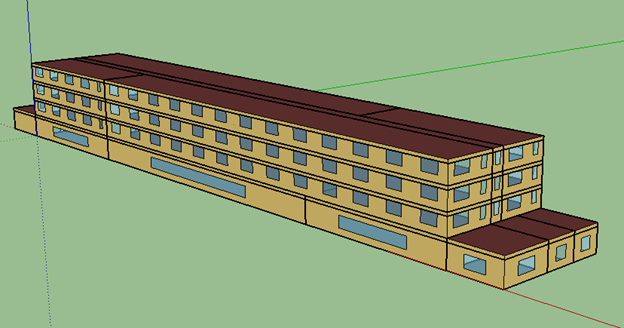 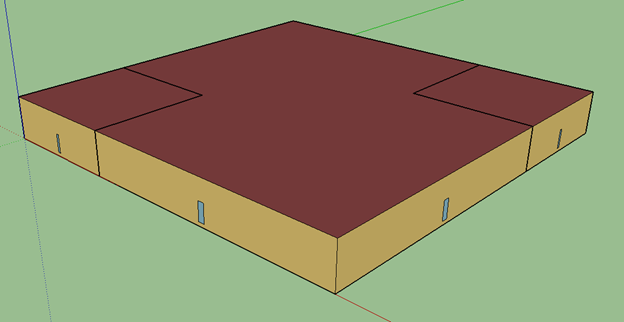 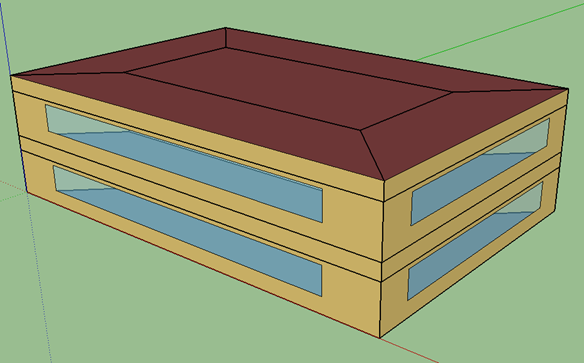 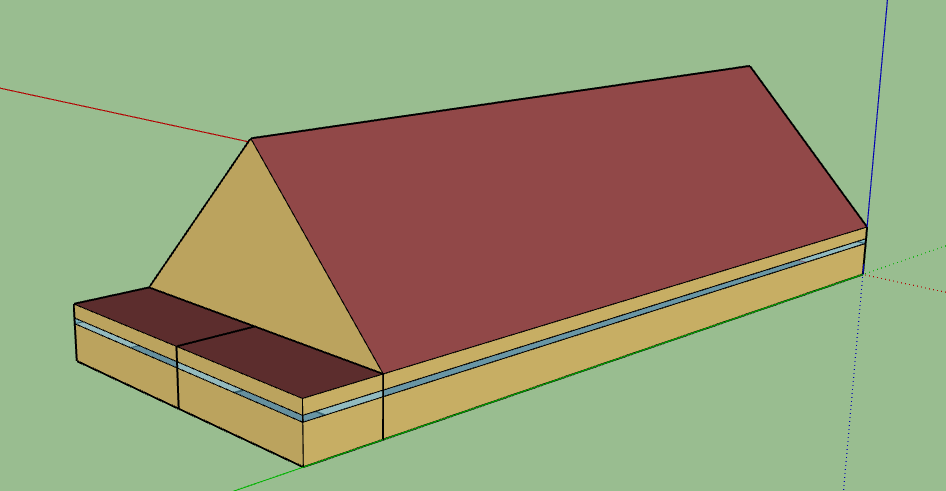 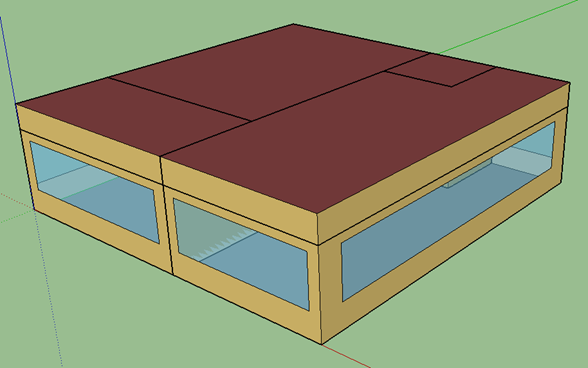 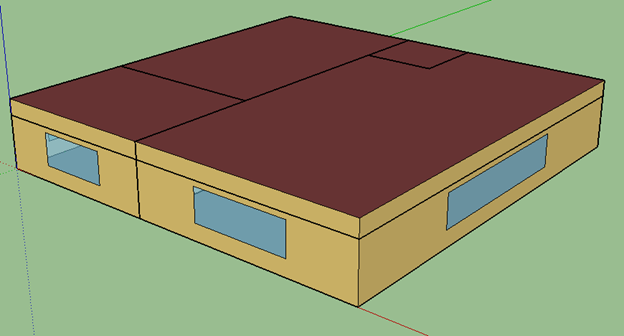 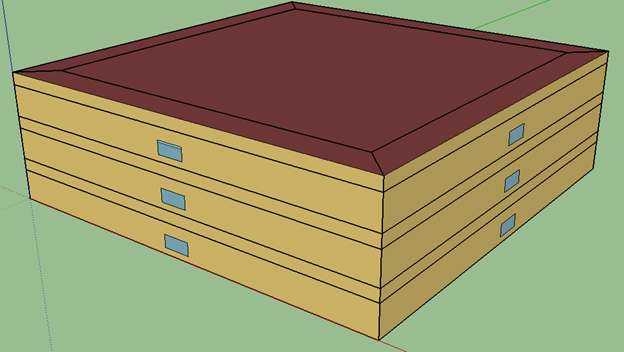